The John Townsend four drawer block and shell chest, commonly known as a ‘Newport Chest’, since John Townsend was from Newport Rhode Island. This particular chest is from the book ‘Master Craftsman of Newport, the Townsends and the Goddards‘ by Michael Moses and Israel Sack. The chest is featured on a full page color plate (#3) in the book, the chest was modeled and scaled from photographs in the book. 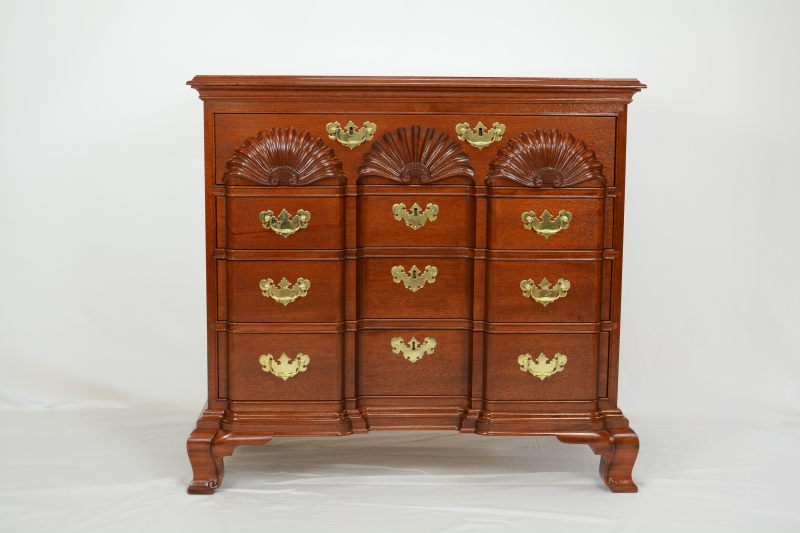 All of the drawer dovetails were hand cut 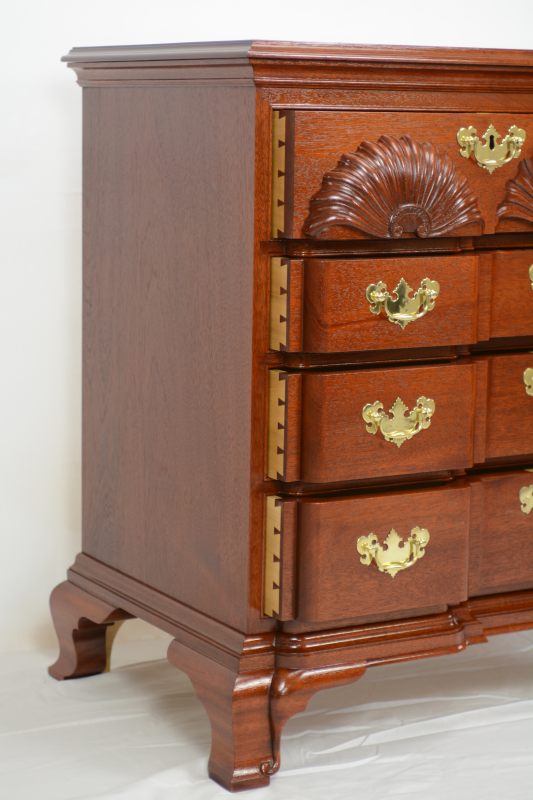 The mitered beading on the case was molded in place 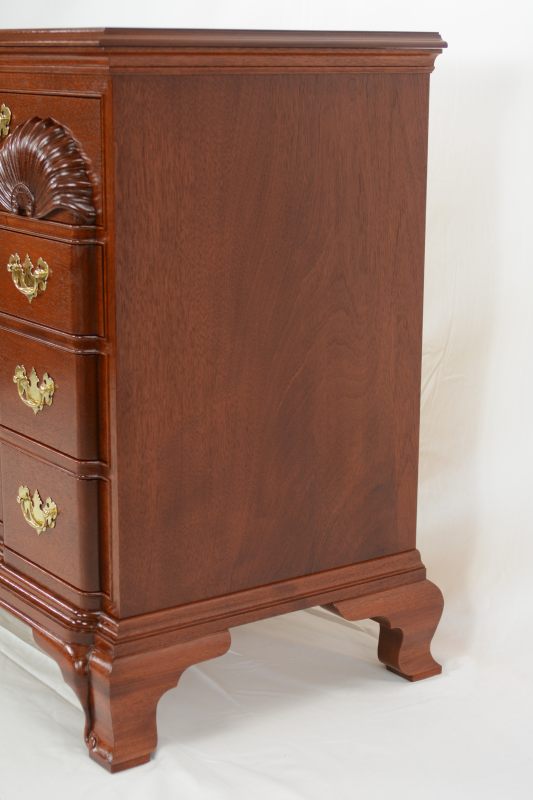 All carving was performed by LaPlacawoodworks 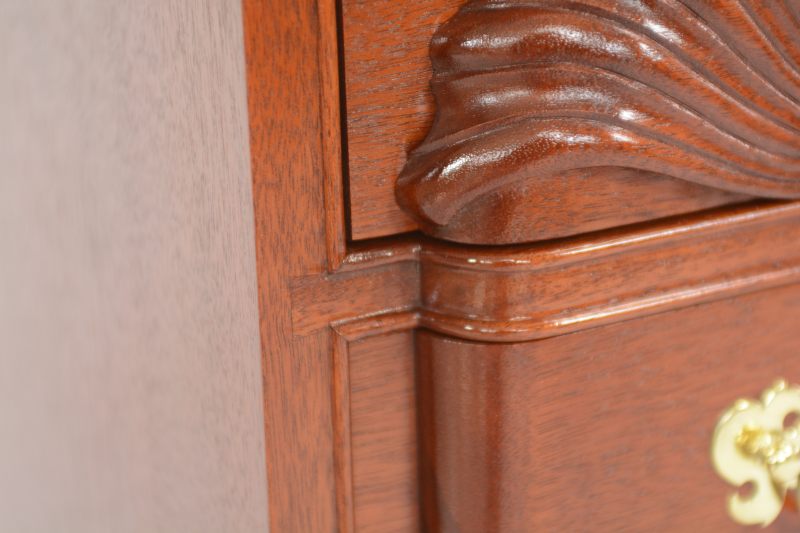 Closeup of the concave center shell, the design of the center shell concave presents a optical illusion in photographs that is hard to identify from the flanking convex shells 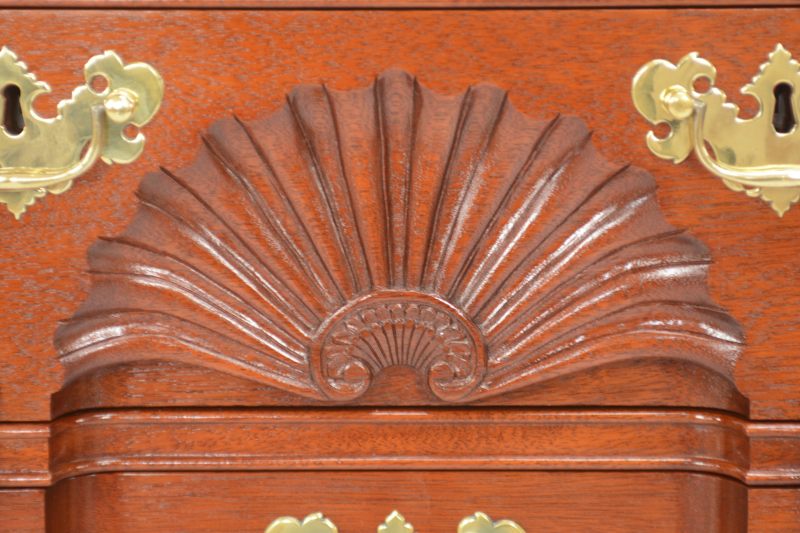