All of the bracket feet for this chest where cut from this single billet of Mahogany.. 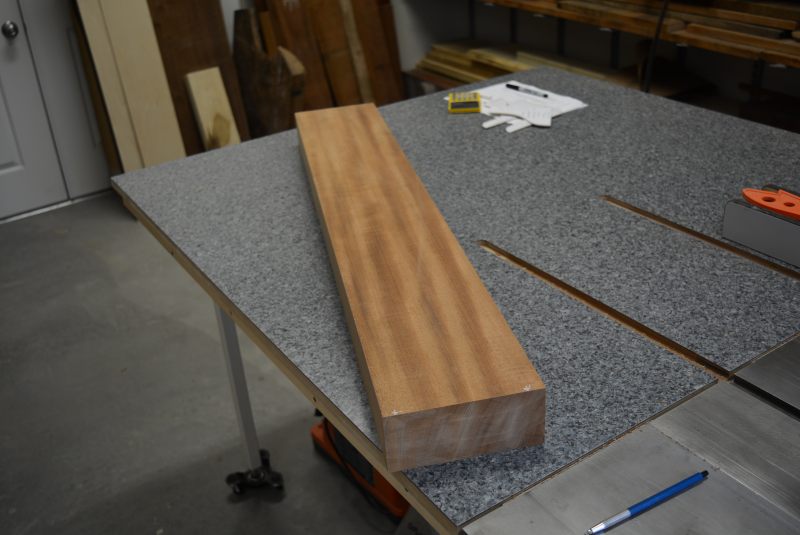 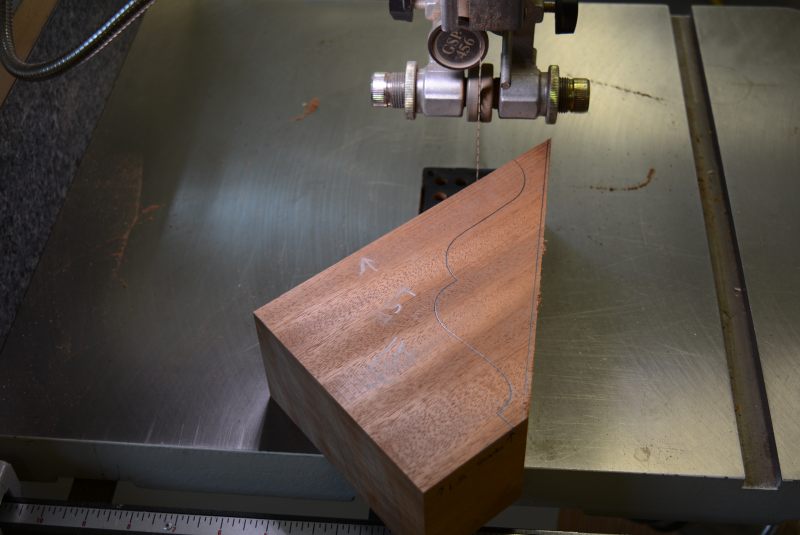 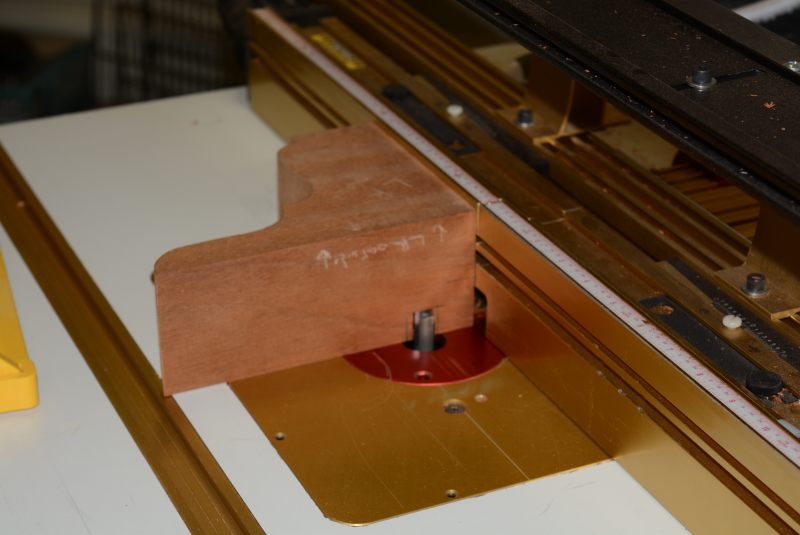 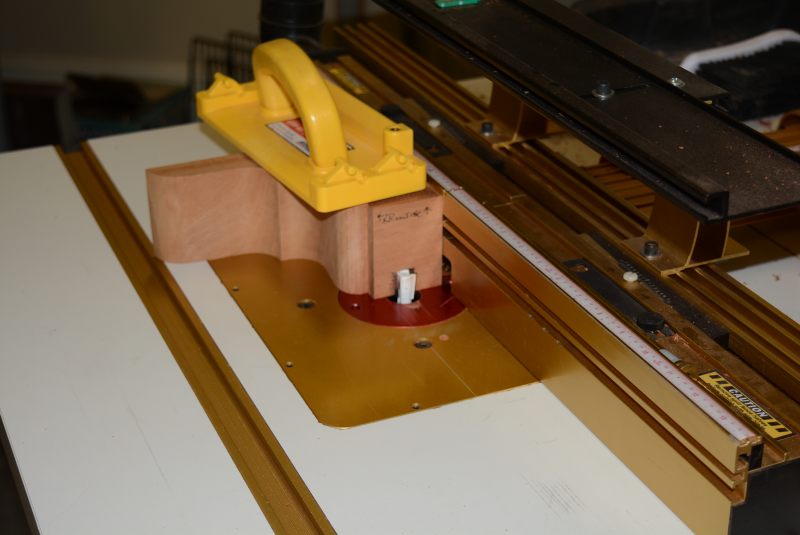 Next the sliding dovetail "tail" is cut into the back foot. 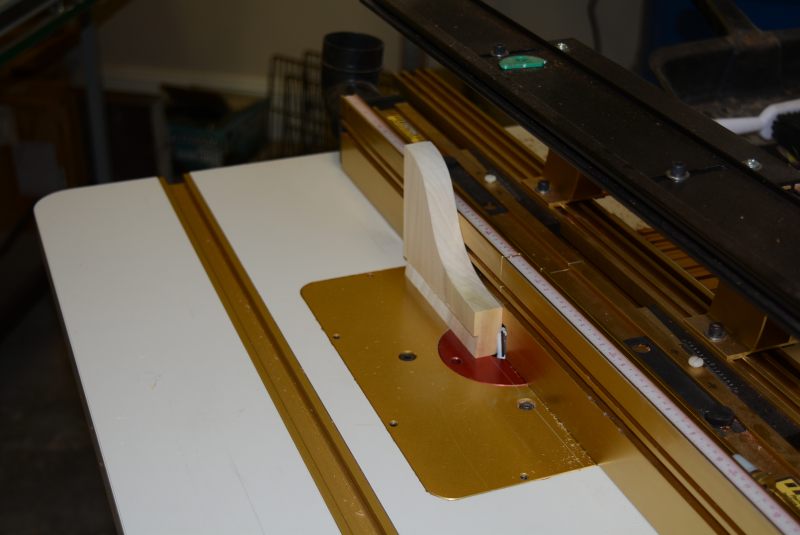 Here we see the back foot assembled and glued, also note that the side profile of the rear foot has been drawn onto the rear foot. 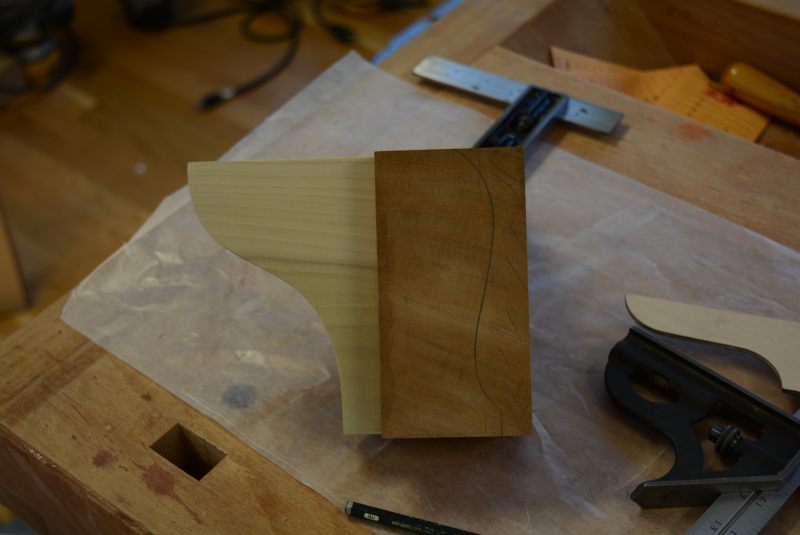 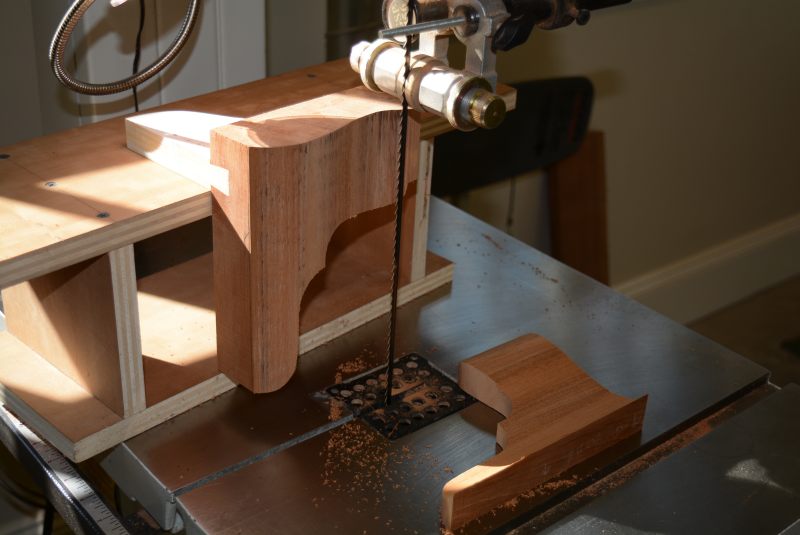 The profile of the back of the rear right foot.. 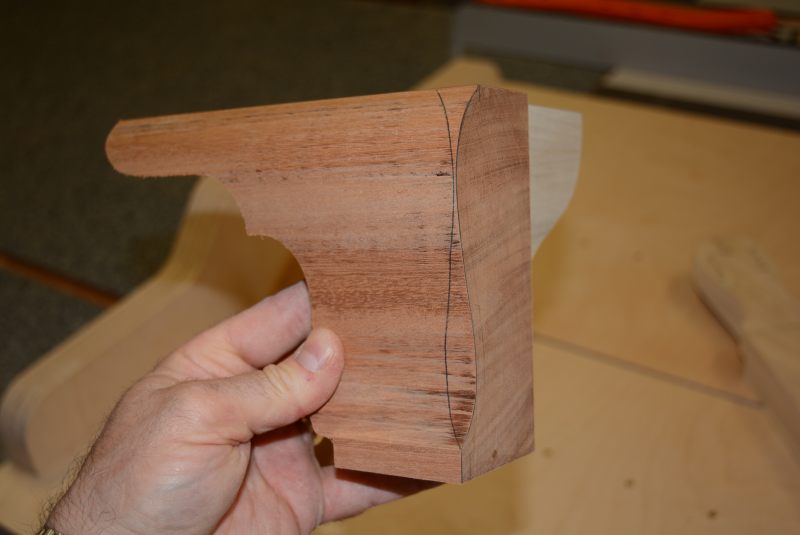 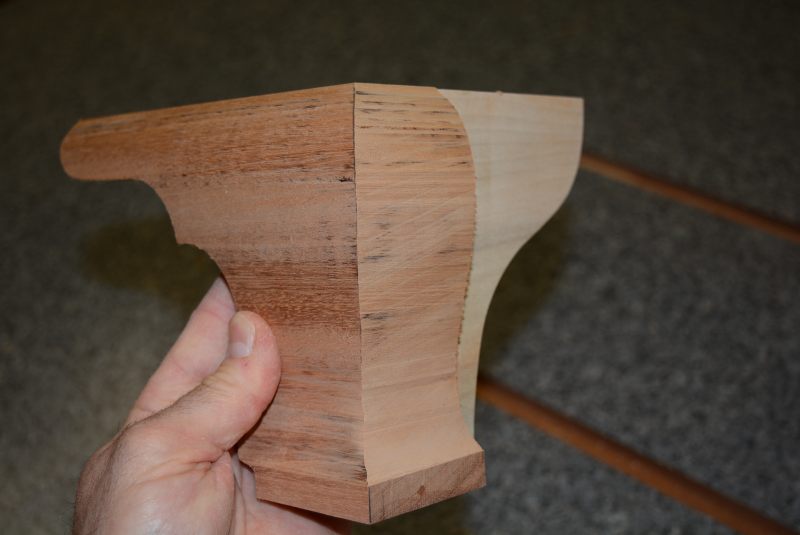 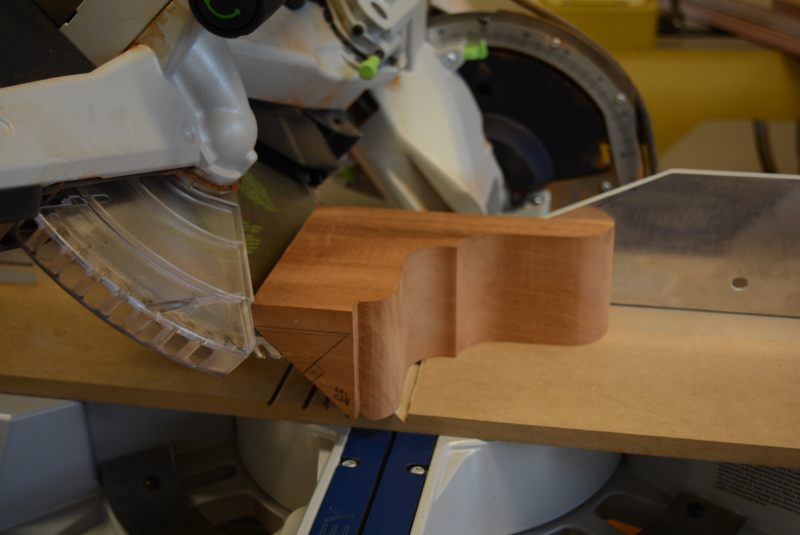 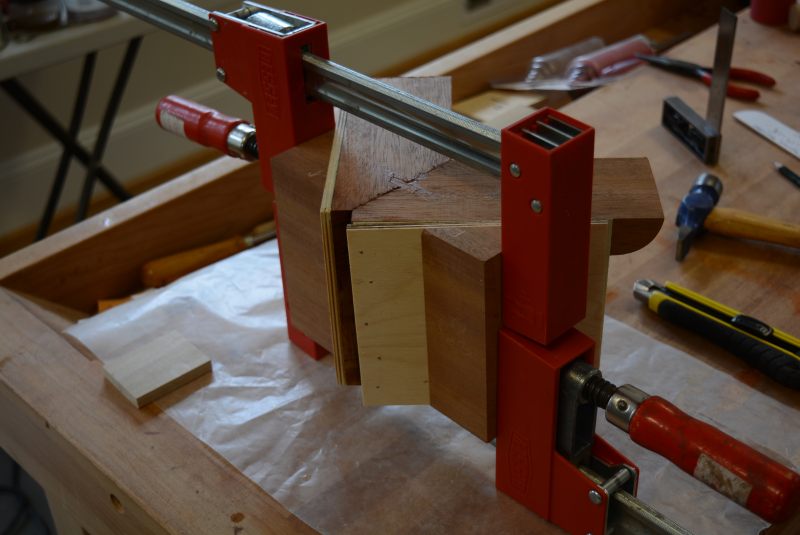 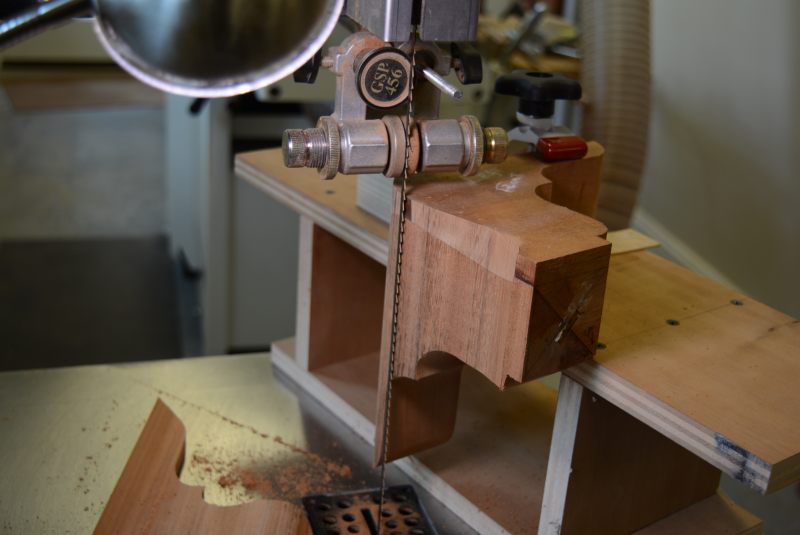 Next the front foot is mounted into another platform that registers the bottom of the foot, 90 degrees to the bandsaw blade. We use one of the offcuts to assist with the clamping. Notice the portion of the front foot that is marked with white pencil, this area will be removed from the front of the foot, removing this waste will make carving the front foot easier and quicker. 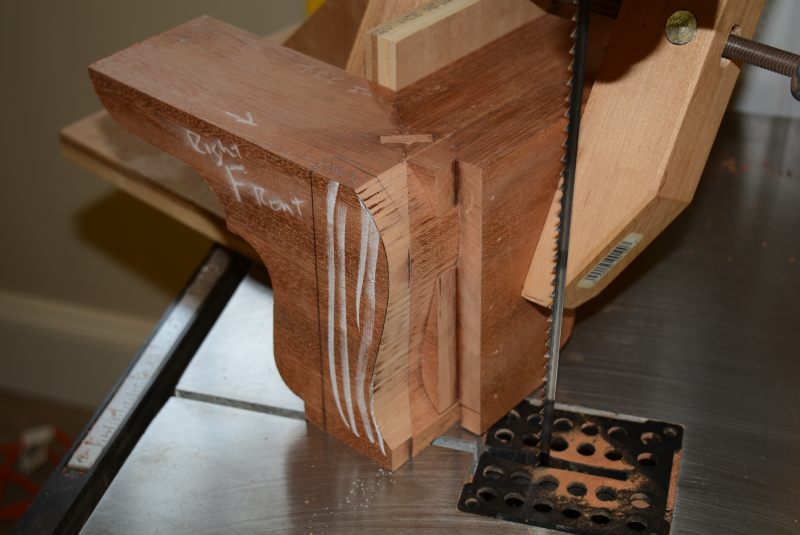 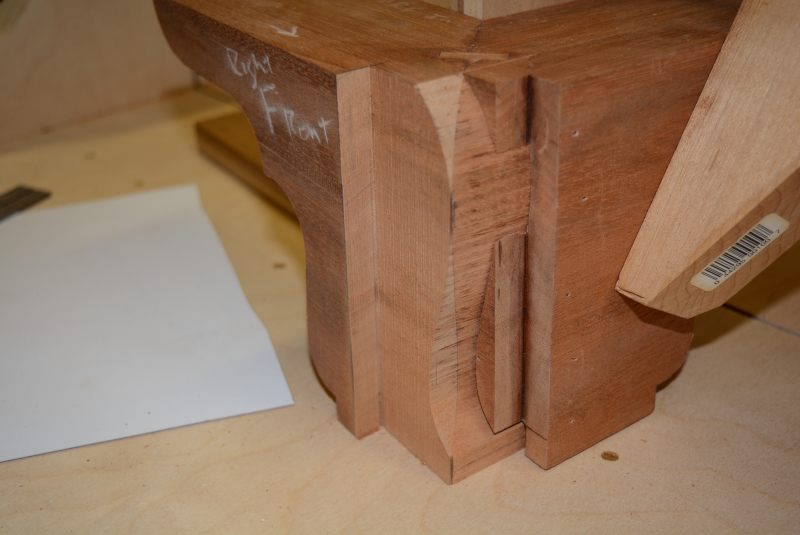 Next the foot is clamped in a shoulder vise and the termination shape of the "blocked" portion of the front foot is drawn on the foot (notice the pattern on the work bench). In the next step the portion marked with white pencil will need to be removed with carving gouges. 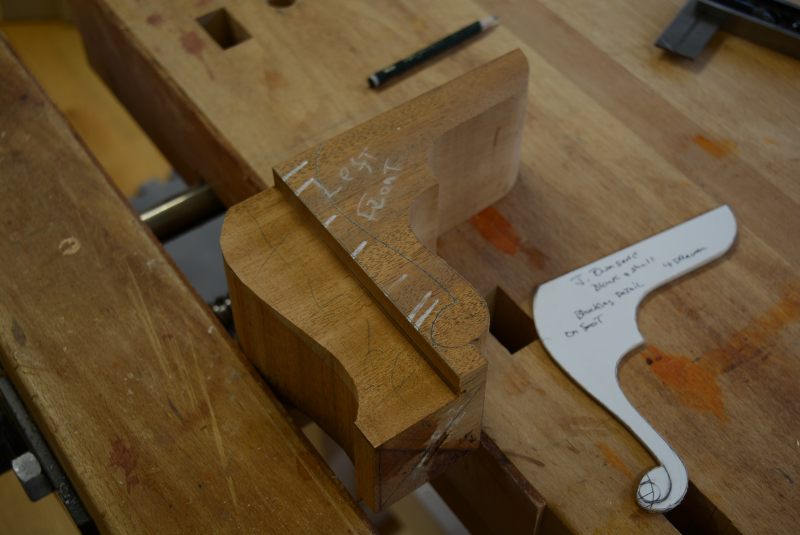 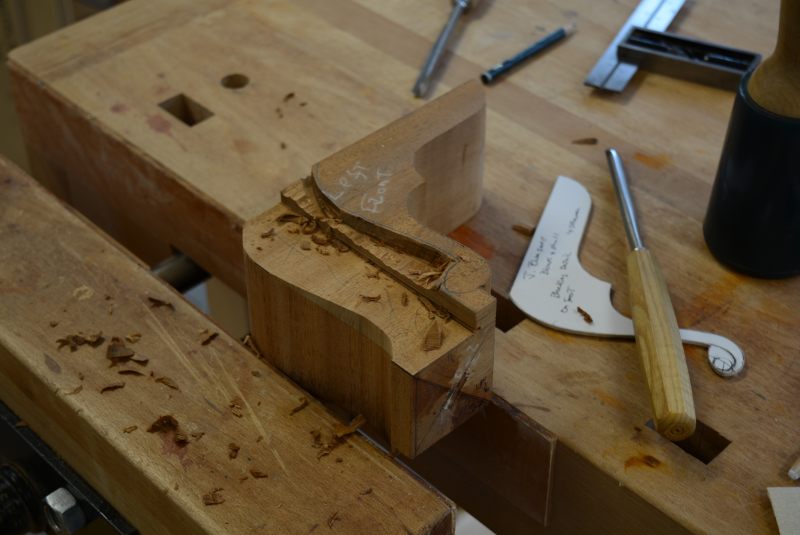 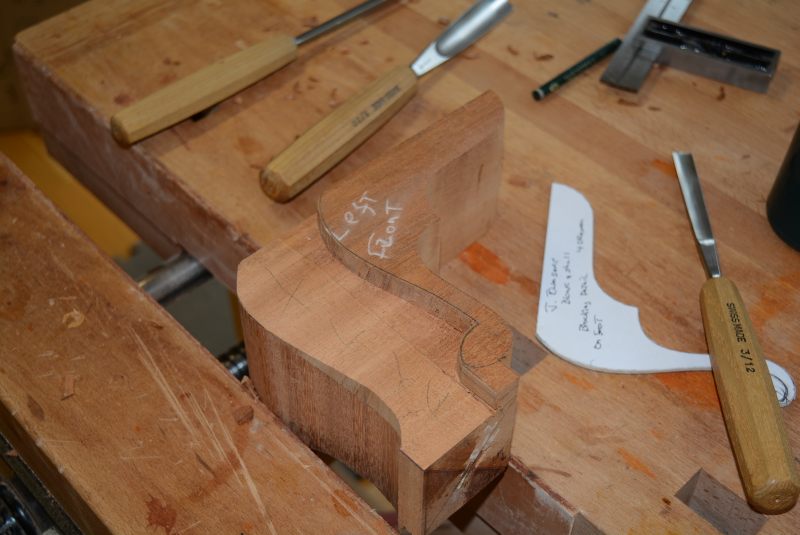 Next the "non-blocked" profile of the front foot is carved, this task is not as daunting as it seems, as the glue line at the miter shows what material must be removed,, 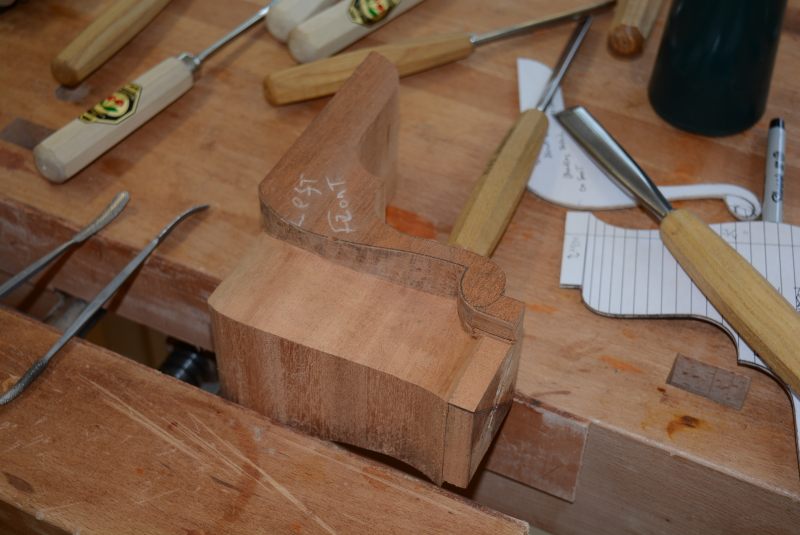 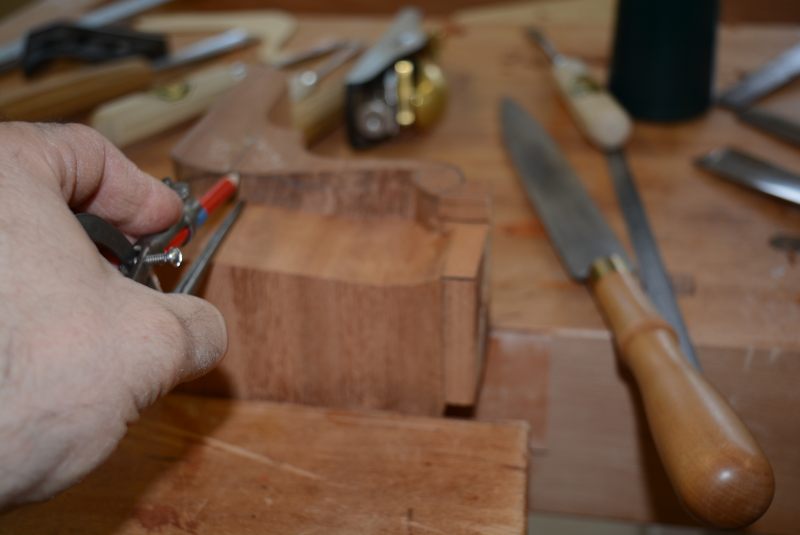 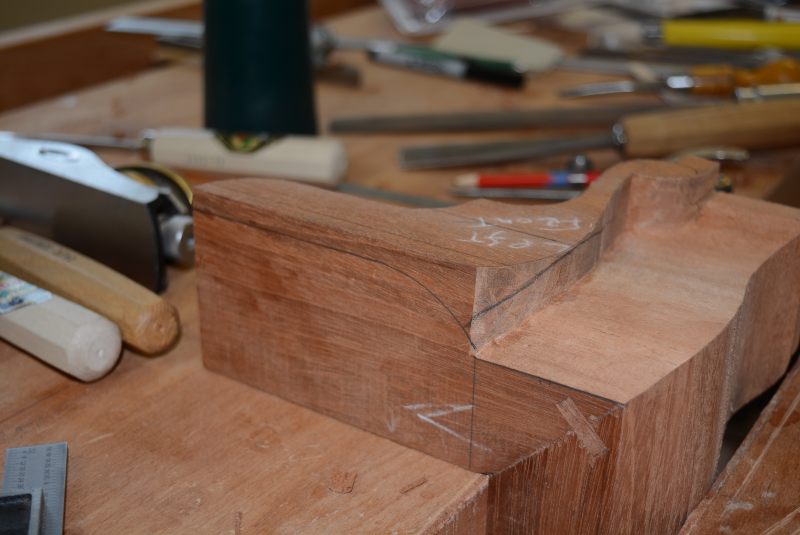 Here is a what the completed front foot should look like test fit, unfortunately I neglected to take any photos of the carving of the volute. 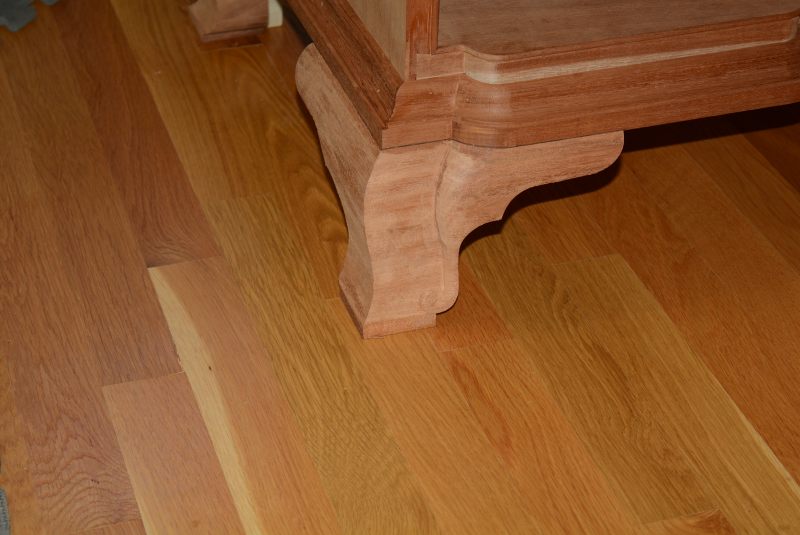