After the construction of the chests has been completed, the chests are sanded to 180 grit. The next step in the finishing schedule is to raise the grain on all Mahogany components with distilled water, after the grain raising has dried, we finial sand the chests with 220 grit sandpaper. After very carefully masking off parts that will not receive color, the Mahogany components were dyed with a diluted solution of Lockwood Cuban Mahogany dye. A couple of coats of blond 1 pound cut shellac is used to lock the dye into the wood, the Mahogany parts were then glazed with General Finishes Nutmeg gel stain, the gel stain greatly accentuates the color and lodges in the details to make the piece appear older. After the gel stain has properly cured (a couple of days is best) a couple of coats of 1 pound garnet shellac is applied. Finally, the chests receive three coats of Waterlox Original Sealer Finish (OSF).. 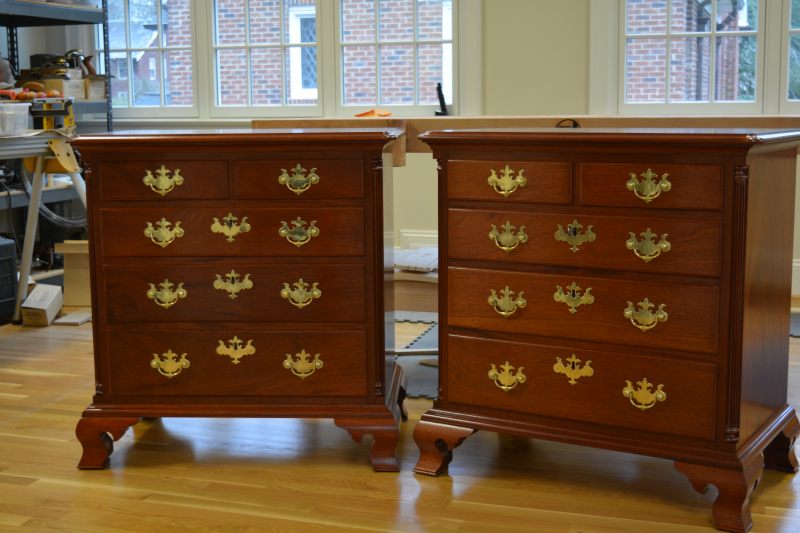 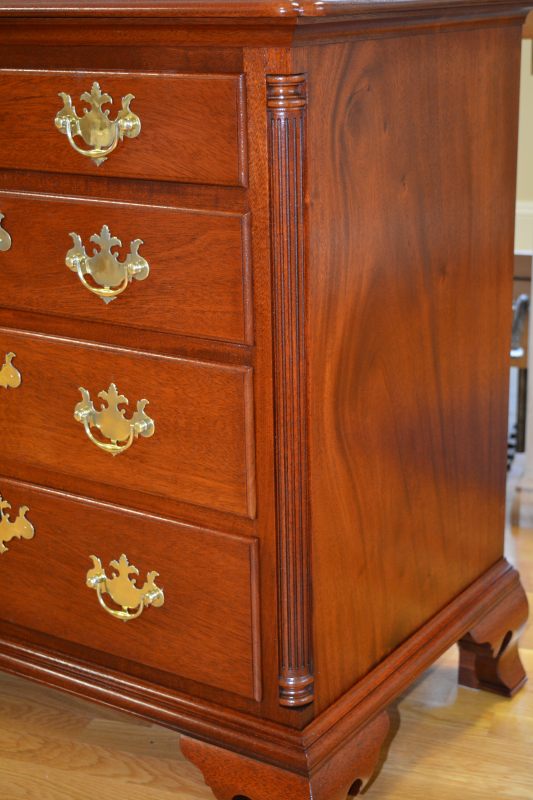